Other people can explain this better than I can, so I'm going to quote and link quite a bit here.

No. German Lopez from VOX explains  Why you should stop saying “all lives matter,” explained in 9 different ways . (July 11, 2016.)

But the point of Black Lives Matter isn't to suggest that black lives should be or are more important than all other lives. Instead, it’s simply pointing out that black people's lives are relatively undervalued in the US — and more likely to be ended by police — and the country needs to recognize that inequity to bring an end to it.

In 2015, The Washington Post launched a real-time database to track fatal police shootings, and the project continues this year. As of Sunday, 1,502 people have been shot and killed by on-duty police officers since Jan. 1, 2015. Of them, 732 were white, and 381 were black (and 382 were of another or unknown race).

According to the most recent census data, there are nearly 160 million more white people in America than there are black people. White people make up roughly 62 percent of the U.S. population but only about 49 percent of those who are killed by police officers. African Americans, however, account for 24 percent of those fatally shot and killed by the police despite being just 13 percent of the U.S. population. As The Post noted in a new analysis published last week, that means black Americans are 2.5 times as likely as white Americans to be shot and killed by police officers. 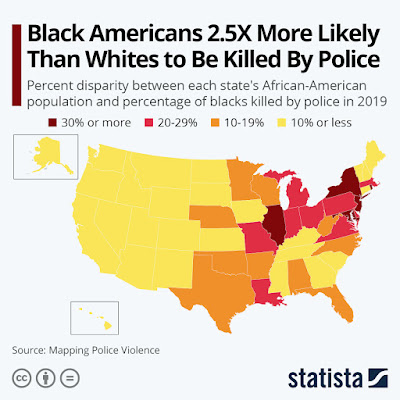 But isn't this just reflective of the fact that black people are responsible for more crime than white people?

No, because that's not actually true. It's based on something called racial profiling, and it's bad science. When you start to break down the numbers, it's clear that black people are arrested and incarcerated at higher rates per capita compared to white people. Meaning if a black person and a white person commit the same crime, the black person is more likely to get arrested and go to jail for it.  I've blogged more about that here.

Back to Black Lives Matter. I'm a christian and I find that message offensive.

I dunno, maybe read more of the bible? Here's one example I found on Facebook that seems to make it simple and understandable, even to my addled atheist brain. 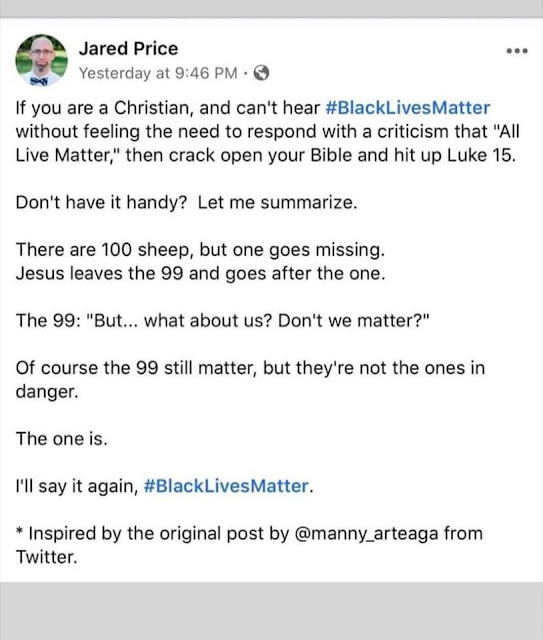 You can email me at contact103@bontocorp.com. No spam, please.