I almost bought one of those exploding Samsung Galaxy Note 7 phones.

A few months ago I dropped my iPhone 6 and cracked the glass along the top edge. It didn't make the phone unusable, but it lost its cool factor significantly. Then I was reading about the upcoming iPhone 7 and how it was mostly an evolutionary design, perhaps not a ton of difference from the iPhone 6s, and not a revolutionary new design. So I asked around to find out what peoples' favorite Android phones were, and everybody seemed to love the Galaxy Note phones. And the Note 7 in particular, had a cool slightly-bigger screen that goes all the way edge-to-edge on the device.

On Ithaca and Bugs

Need any bugs? Bugs are everywhere here in Ithaca. Flies, mosquitos, gnats, spiders, crickets, they all love us and want to come live in our home. Our tiny chihuahua is terrified of the bugs, but our other dog will chew on them upon request.

Everything is a .9 mile walk from our home.

Parts of it are flat, unless you want to go to Cornell, then it's straight uphill, on streets at scary angles, and that's before there's any snow and ice.

The falls are pretty, though.

My father, Bud Iverson, passed away due to complications from COPD on August 11, 2016, at the Hilltop Care Center in Watkins, Minnesota, where he had been residing since March. His ex-wife, my mother Kathy, predeceased him in 2014. He is survived by son Al, daughter Liz, and various brothers and sisters. He was cremated and no services will be held. The family would like to thank the wonderful staff of both the Hilltop Care Center and the Rice Hospice program for their care and support throughout our father's final days.

(I'm posting this notice here so that friends and relatives might find it while searching online for information.)
Posted Monday, August 22, 2016 No comments:
Labels: death, family, father

Here are links to a few slow cooker recipes I've liked and saved:

Need a home phone? You need this. 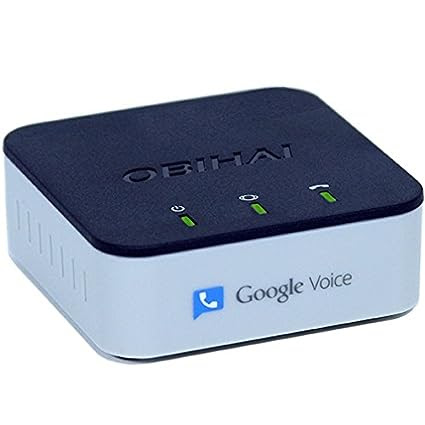 This little box plugs into your internet router. Then you plug your regular old (land line) telephone into it. Then you have free phone service over your internet connection. Don't pay Comcast or somebody else for phone service! The only caveats here are, you have to set up a Google Voice account (which isn't hard), and if you want 911 to work you pay something like $15/year. It's still stupid cheap, and Google Voice is pretty slick.

My wife and I have used Google Voice for years, and we have an older version of one of these boxes, powering our home phone (which exists only to answer intercom calls). It works great!

After we first moved into our new place, we got a landline phone, because she needed one for radio interviews. But it was like $28/month for something we used for about 60 minutes each month. It's just crazy to pay that. So I dug out and reconnected our Google Voice phone instead.

You should buy one of these: They're only about $50 at Amazon.
Posted Tuesday, April 12, 2016 No comments:
Labels: google voice, obihai, voip

Fake meat chili in the slow cooker? Super easy. We eat meat, but occasionally buy meat substitutes, and they're usually packaged in a way where you can keep it in the freezer until you need it. This takes under 10 minutes to prepare, and you spend most of that time dicing an onion.

The fake meat doesn't really matter; just get one that looks like crumbled ground beef and comes in a package of somewhere around or just under a pound. I see both 11 ounce and 14 ounce packages. I bought these "Beyond Beef" grounds on a whim at our local Target. Everything else came from Aldi, my favorite grocery store. You don't have to buy "chili" beans, either. Almost any kind of beans will work.

To prepare, all you need to do is:

Then when dinner time rolls around, you've got delicious chili that tastes pretty good.

If you hate animals, you can add sour cream and shredded cheese to taste.

Hey, look! It's our favorite restaurant, Twisted Tapas in the Rogers Park neighborhood of Chicago, getting a fine write-up over on the ChitownConnections blog. Check it out!
Posted Friday, March 18, 2016 No comments:
Labels: chicago, restaurants, twisted tapas

The Artists' Quarter Lives On

Like many other folks, I was saddened with the Twin Cities' best jazz club, the Artists' Quarter, closed at the end of 2013.

I have a bit of a bias; I was a long time friend of the club; having ran the club's website from its inception at the end of 1998 until I left Minneapolis for Chicago in 2006. I was proud to help owner Kenny Horst bring people in the door, and build up the email list from zero to thousands-- the email list had over 5,000 subscribers in 2006 -- not bad for a local business. It was easy to gauge the reach of the email list -- all I had to do was include a typo in a cover charge price, which happened accidentally on occasion, and it seemed like everybody through the door that night wanted to receive the discounted, typo'd price. That wasn't my preferred method of proving that the website and email list actually connected with folks, but it surely proved the point.

In 2006, my friend Don Berryman took over the AQ website and managed it under his own steady hand. After our successful and fun AQ New Year's Eve 2015 pop-up event at Hell's Kitchen, we realized that it no longer made sense to continue running the dynamic-content laden incarnation of the website with its associated technical and financial overhead. But instead of shutting down the Artists' Quarter website, we've transitioned it in a way that will allow us to keep it alive for the long term. You'll see that it's still out there at http://www.artistsquarter.com, awaiting your visit. But now, we're focusing on the history of the club, video clips from various musical acts over the years, and links to insightful articles with more detail, including Pamela Espeland's fabulous "Pleased and Flipped: Memories of the AQ" series, and the occasional shout out when a musician known to grace the AQ stage gets a solid mention elsewhere.

We just found out that Comcast was overcharging us by $10/month for the past year, due to a billing error. They'll only refund $20 of it, which strikes me as really unethical, and I'm really disappointed with them.

We're looking to change internet providers as a result. But the options aren't very promising.

I could get Centurylink DSL, 7 megabit. But that's too slow AND they force me into a bundle with dial-tone, making it $66/month, which is more than the ~$50ish Comcast is nailing us for 50 megabit cable.

US Internet has 1 gigabit fiber in Minneapolis. But not in our neighborhood. We're just not cool enough. I don't see it coming to our building, either, since we live in a high rise and live so close to downtown.

Minneapolis has municipal wi-fi, but we're probably too high up in the air to get it. And I don't trust that service anyway; it seems like it probably doesn't scale well or reach far. I'm not going to fight to make that kind of thing work.

So....boo. I do know that I'm at least going to dump our HD cable box and plug in a TV antenna and see if we can get local HD channels for free. Might as well at least minimize what we pay to the monopolists.

Verizon LTE works great in our apartment, but since it's not unlimited, it's not suitable for streaming TV and movies.

If anybody has any other ideas, I'm all ears.
Posted Tuesday, February 02, 2016 No comments:
Labels: internet access, minneapolis
Newer Posts Older Posts Home
Subscribe to: Posts (Atom)
Al Iverson's random blog about nothing in particular. I blog a lot about email over on Spam Resource. I've been on this internet thing for a while. I use Linux/Unix every day. I do email stuff for an internet company.